Functional and versatile building for the University of Malaga. After winning the first prize in the ideas competition, a project of light industrialised architecture was developed involving the construction of an aluminium building with a design that allows the incorporation of the constant changes of an international benchmark laboratory in laser research. 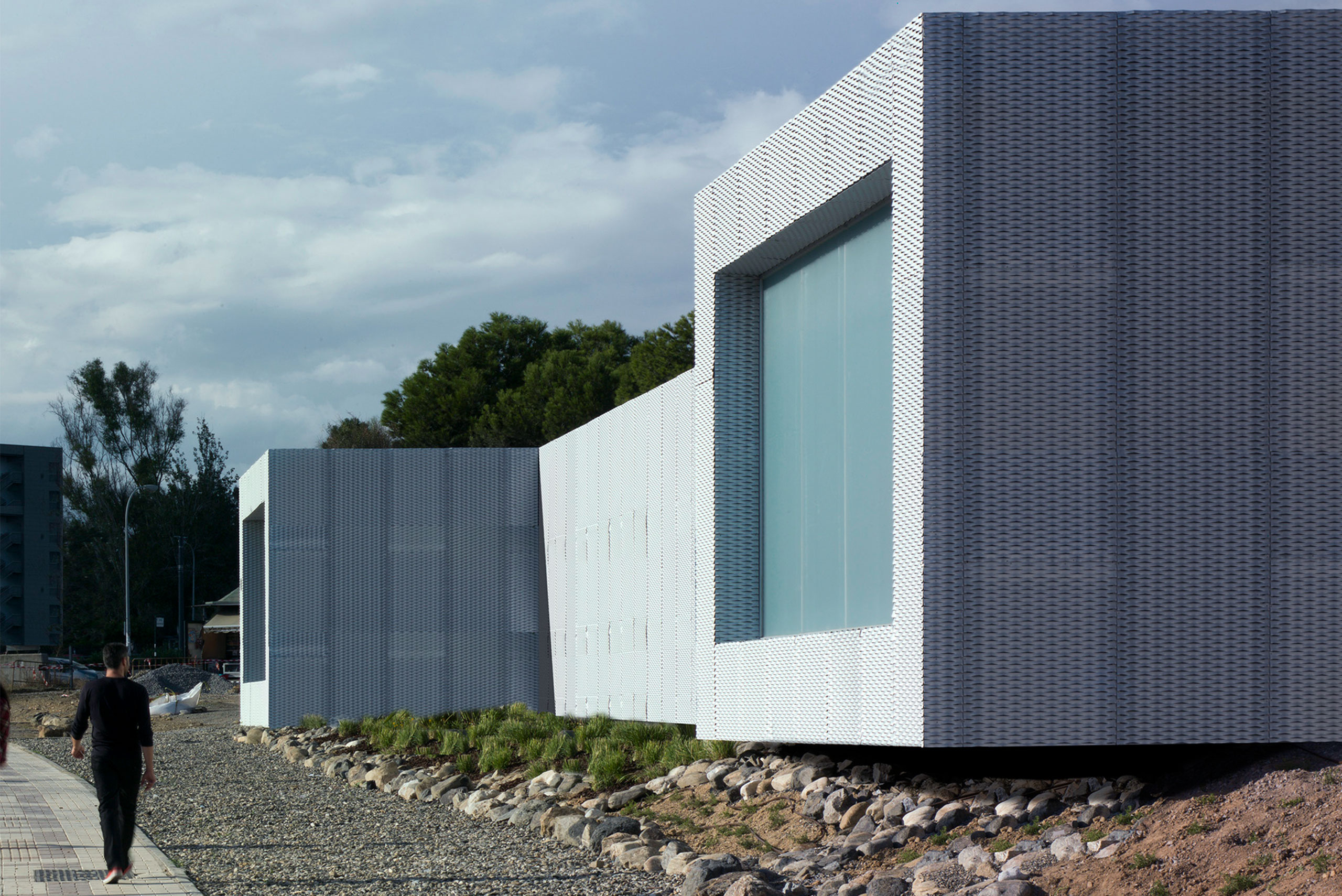 The building is configured to enhance the topographic component and to display the building to the citizen, turned towards the west side. To the north, all the existing stands of trees are used to create a small open park. A fundamental aspect of this project is the positioning, since it is intended to order the entire surrounding space.

The building is placed at one end of the plot to facilitate road access and pedestrian communication with the rest of the surrounding buildings, thus freeing up the rest of the plot. The existing trees and paths generated by pedestrians were respected, incorporating them into the park space. The layout also aims to resolve both the upper level of the sloped area and the lower level, allowing access through the road located on the south façade, from which all the loading-unloading accesses are articulated. A set of roads runs through the entire plot giving access to the building and communicating it with several adjacent buildings.

The remaining area of the plot is dedicated to the creation of an urban park. To this end, all the existing trees were respected, and the entire surface was adapted by alternating grassy areas with areas of rougher surfaces taking advantage of the site’s existing terrain. These spaces allow the appropriation of the park by the citizens.

The exterior envelope of the entire building is carried out in deployé (expanded, perforated metal cladding). In this case, 2 mm thick anodised aluminium sheeting was chosen. These sheets, measuring 2.50 m long by 1 m wide, cover both the vertical façade and the upper roof, bringing unity to the overall appearance of the building, as well as a technological image closely linked to the type of activity to be carried out within these facilities. 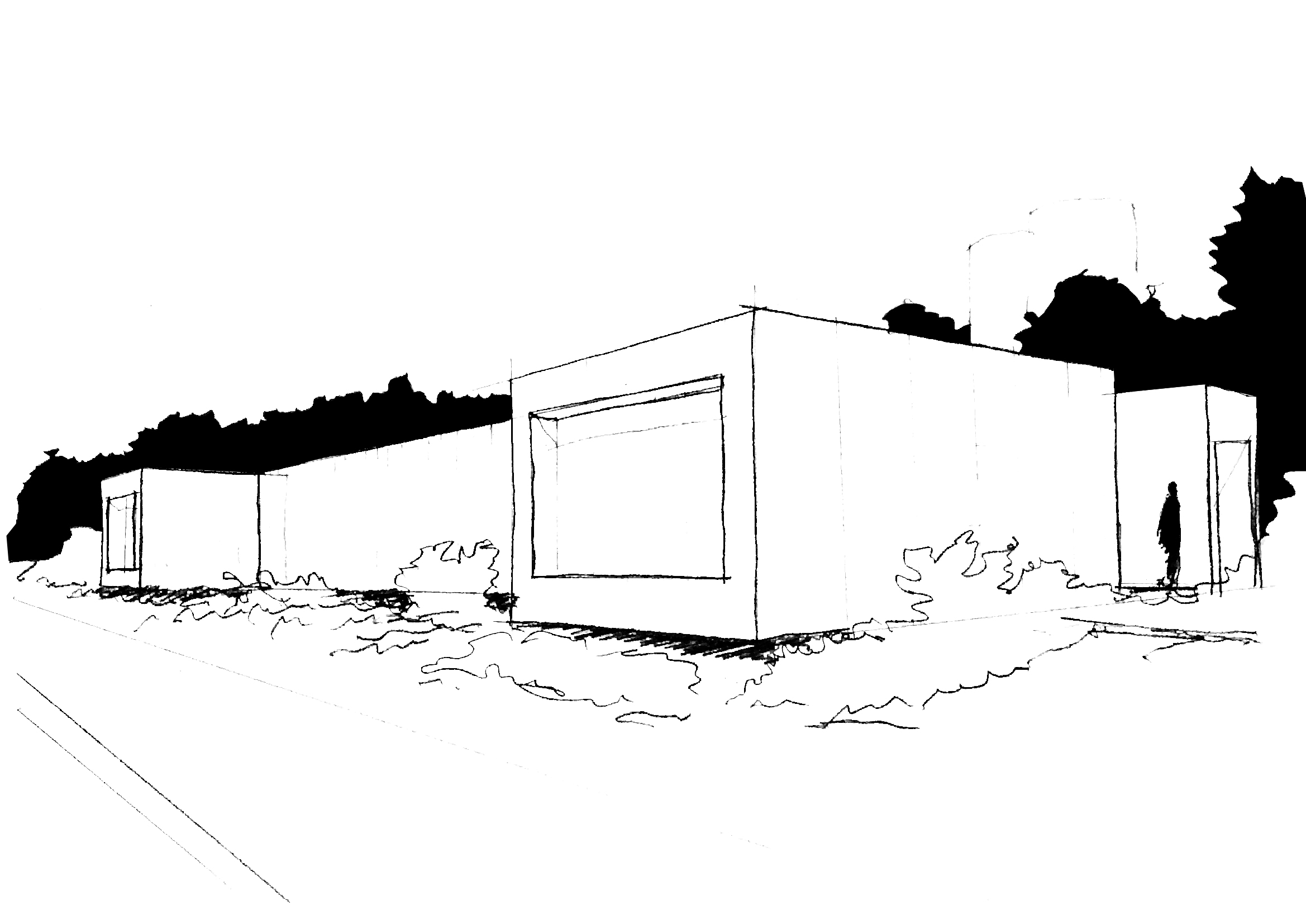 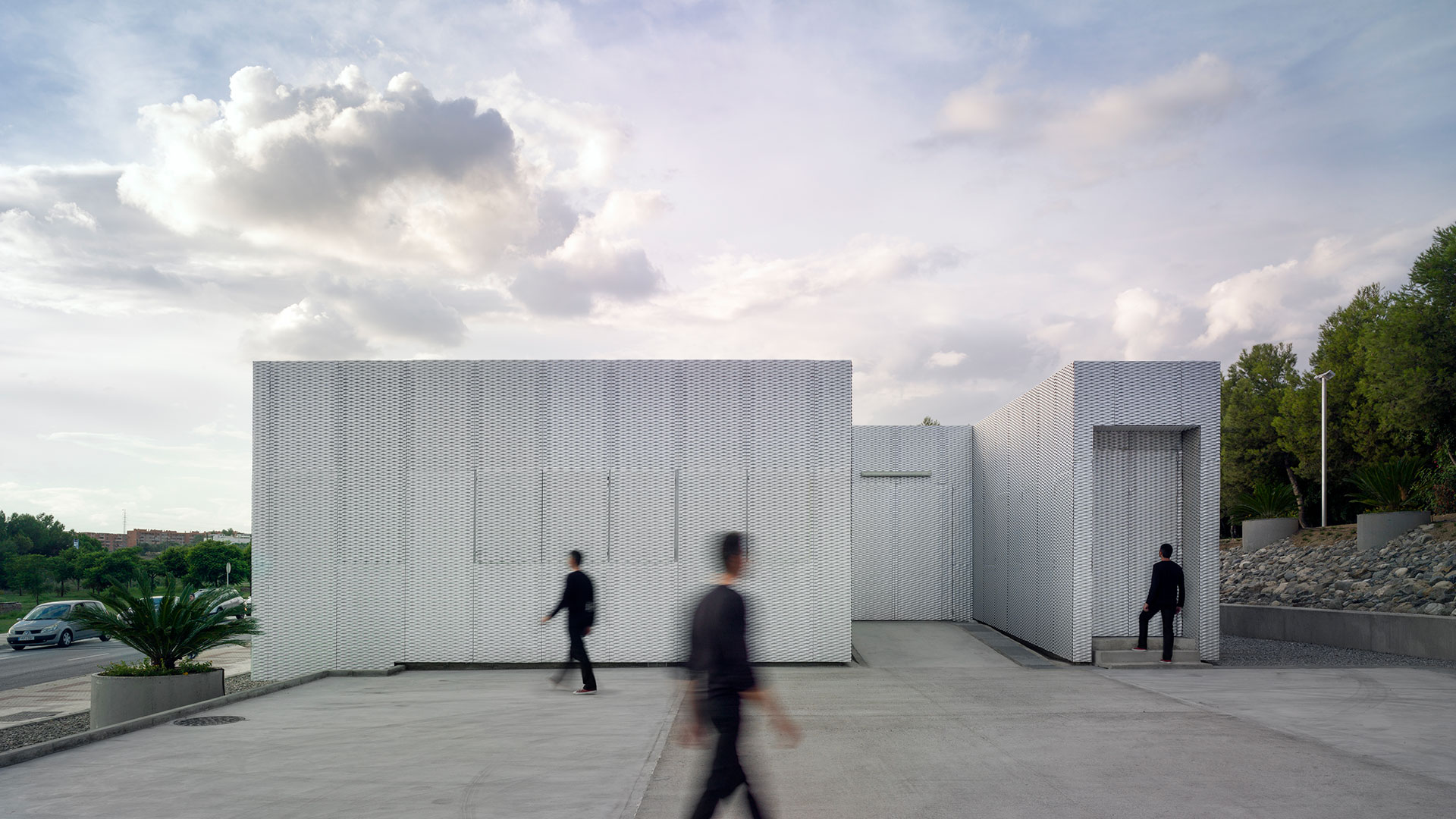 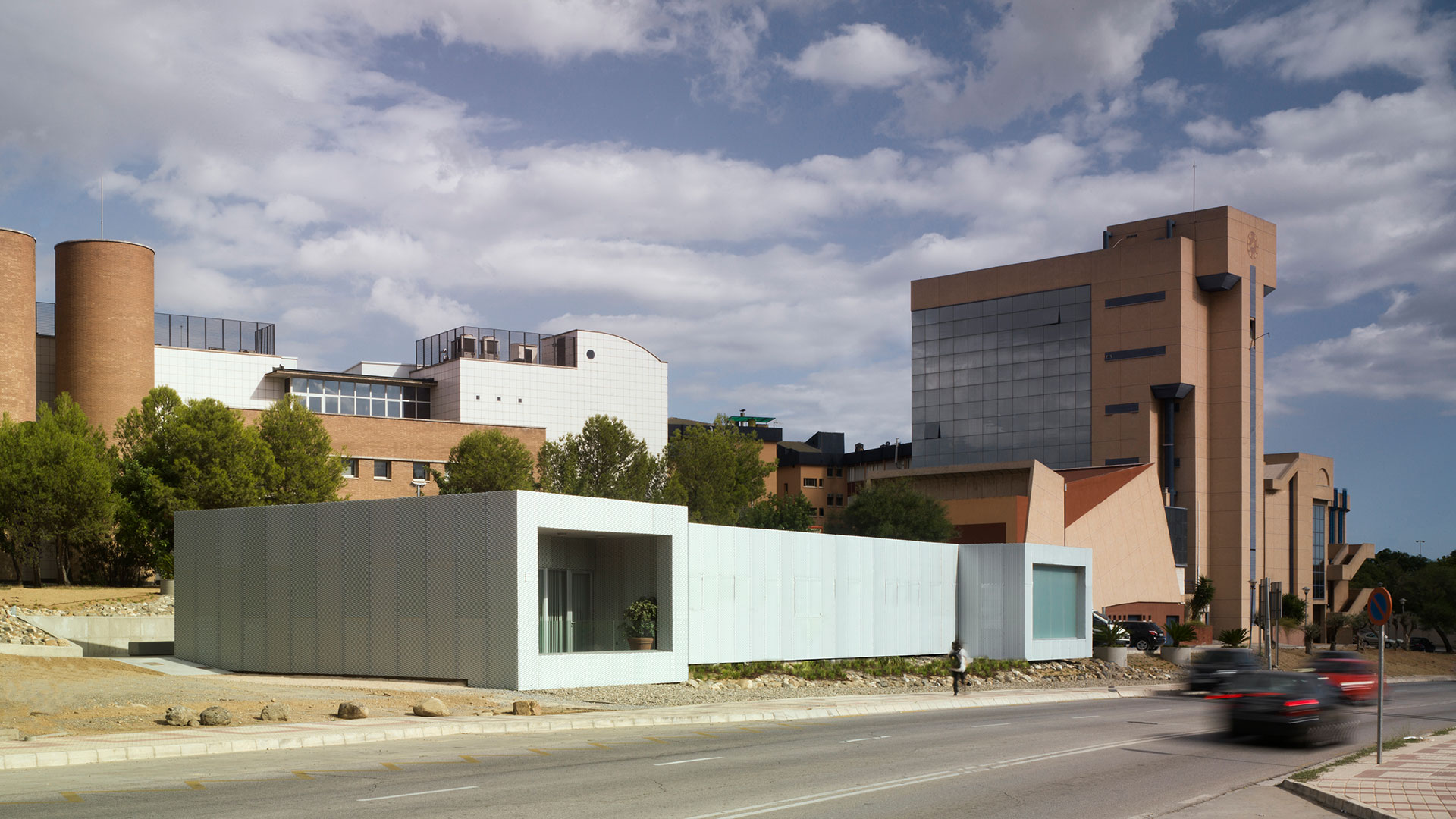 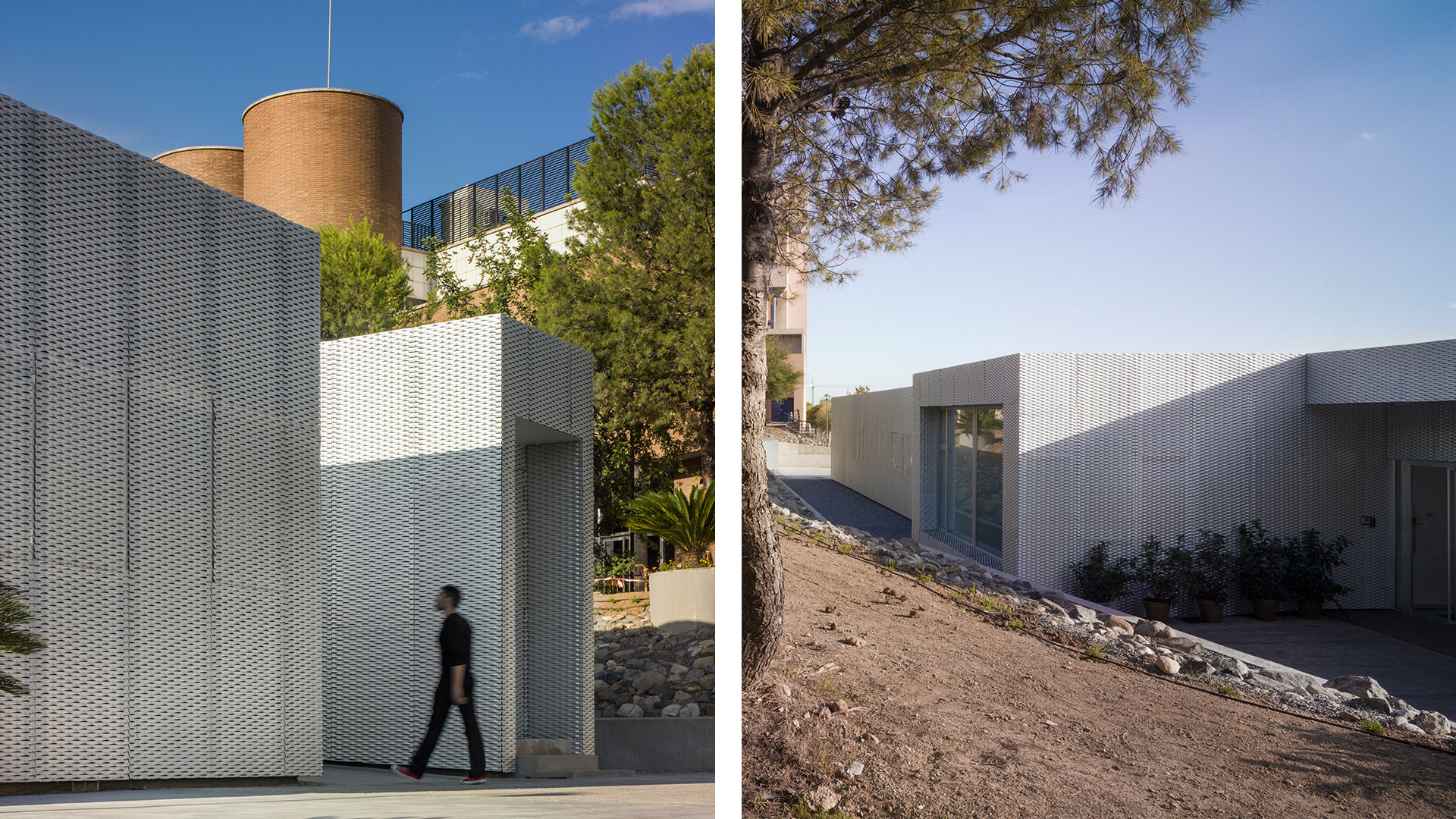 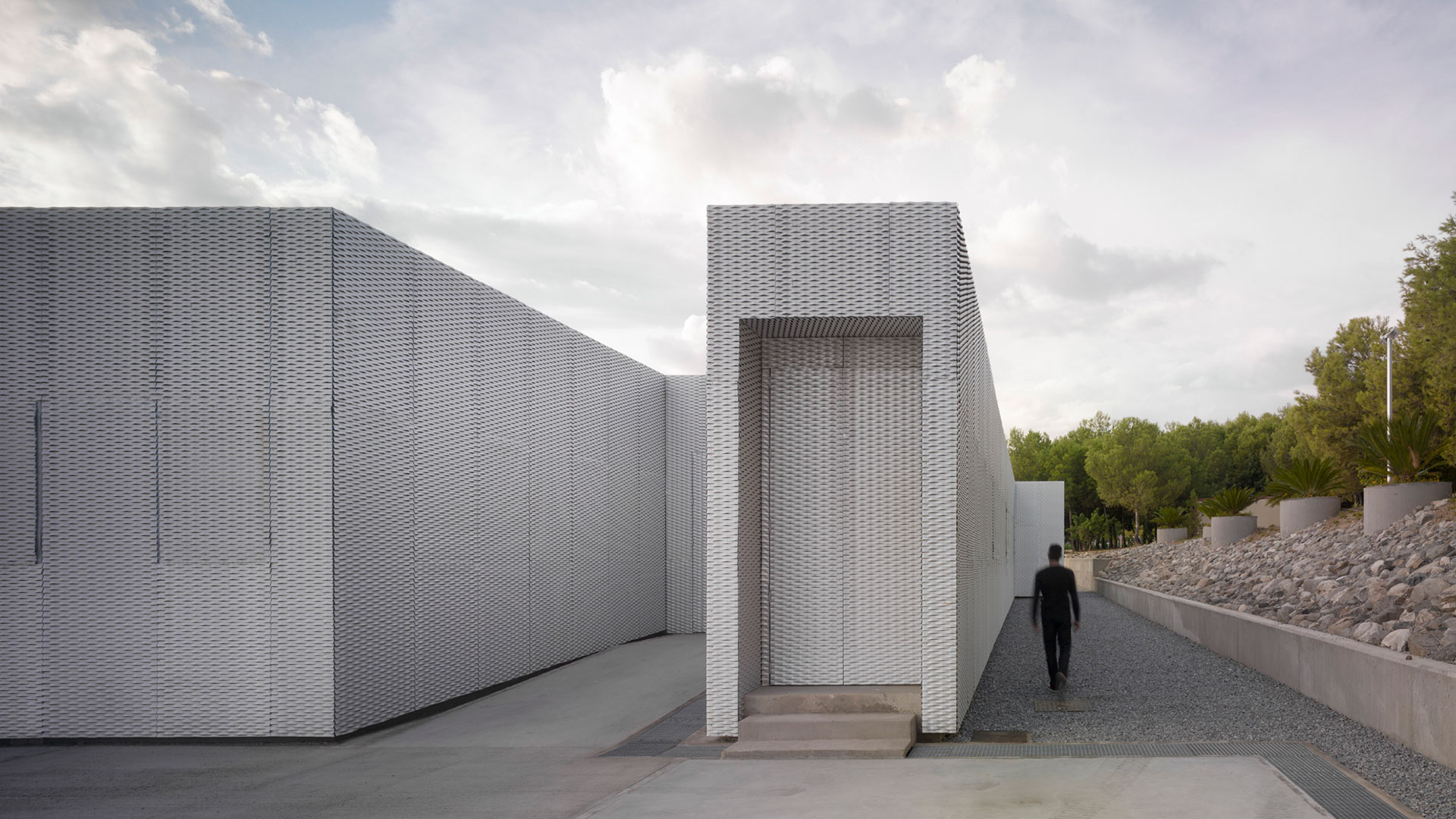 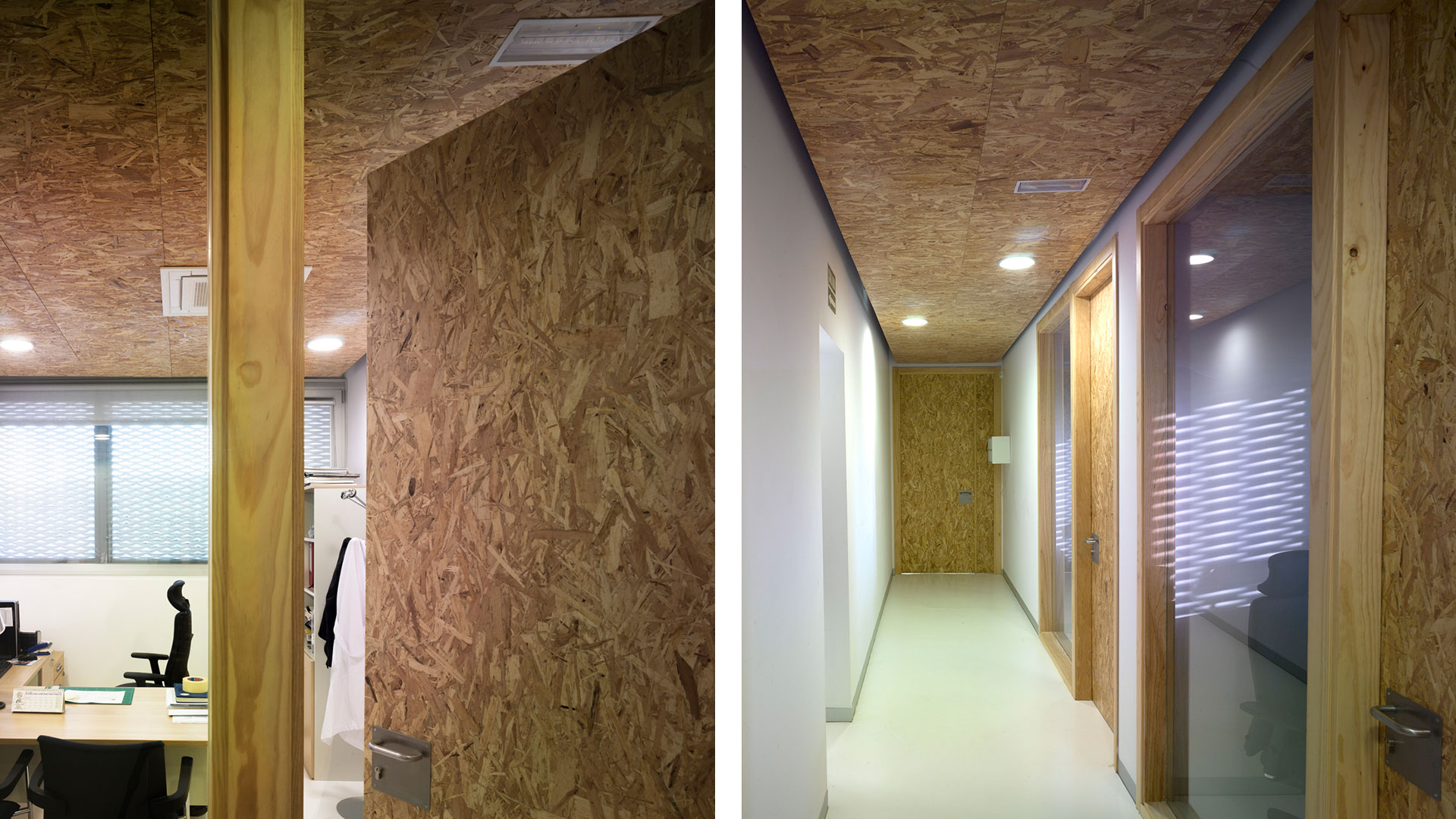 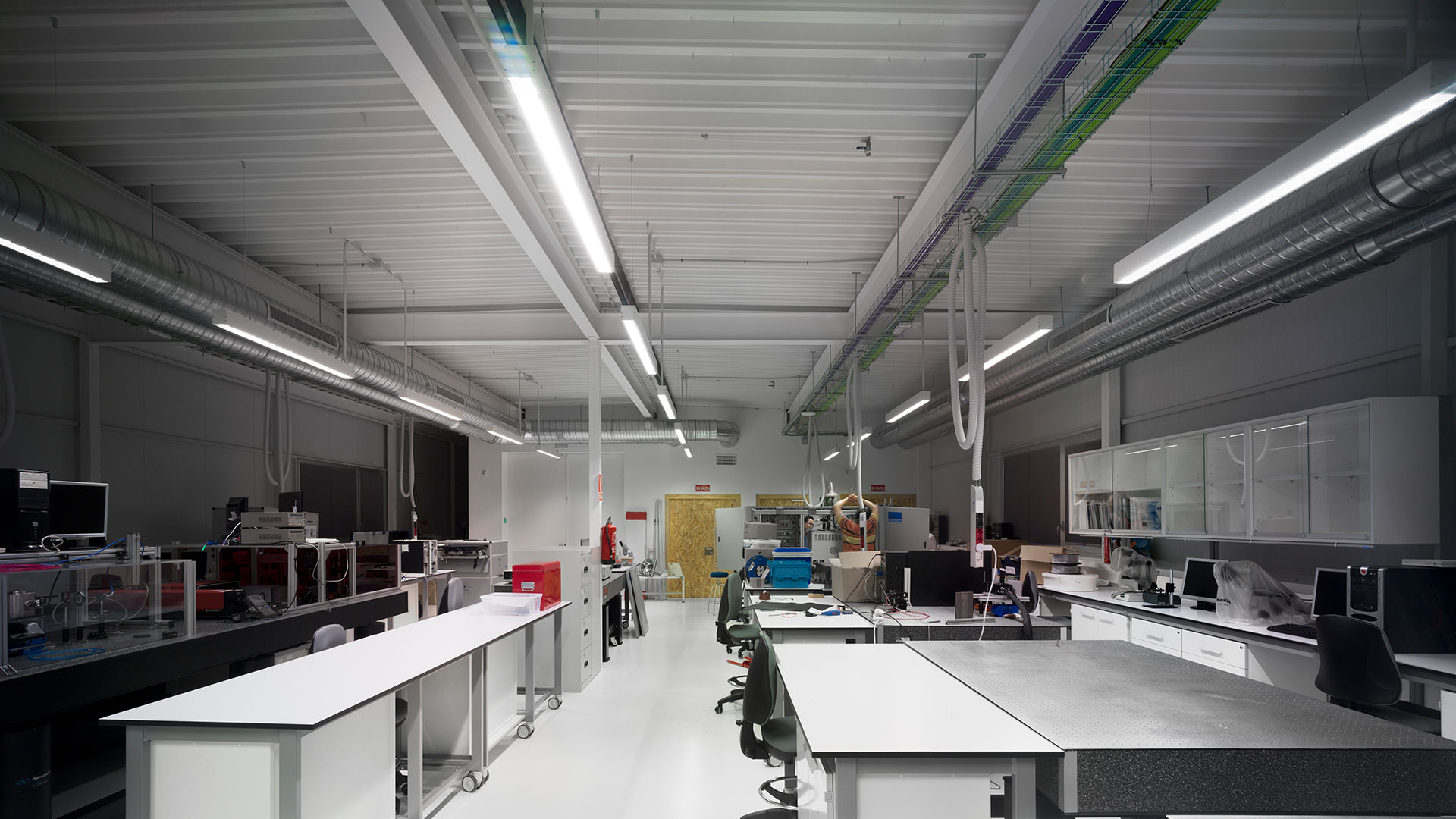 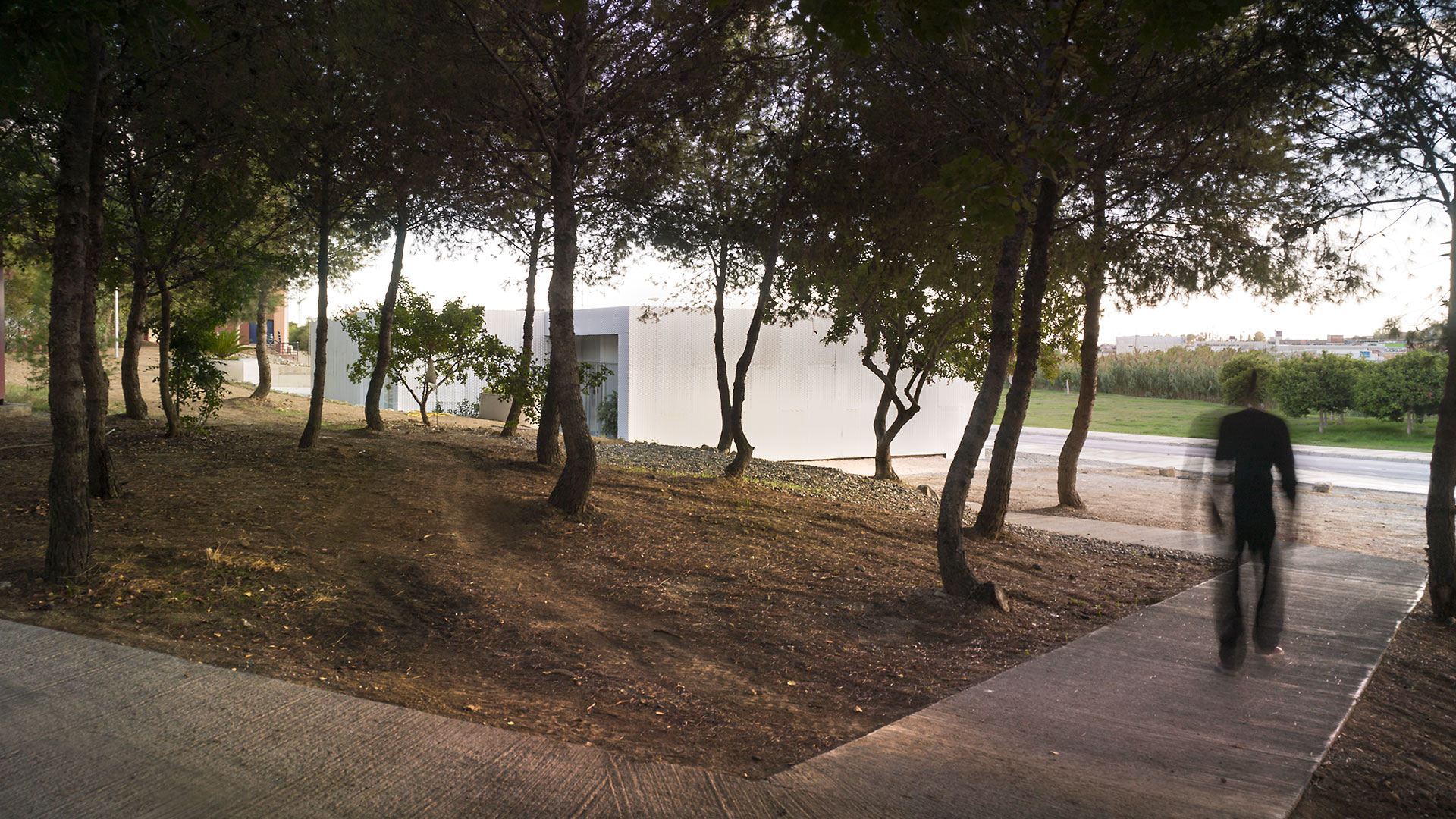 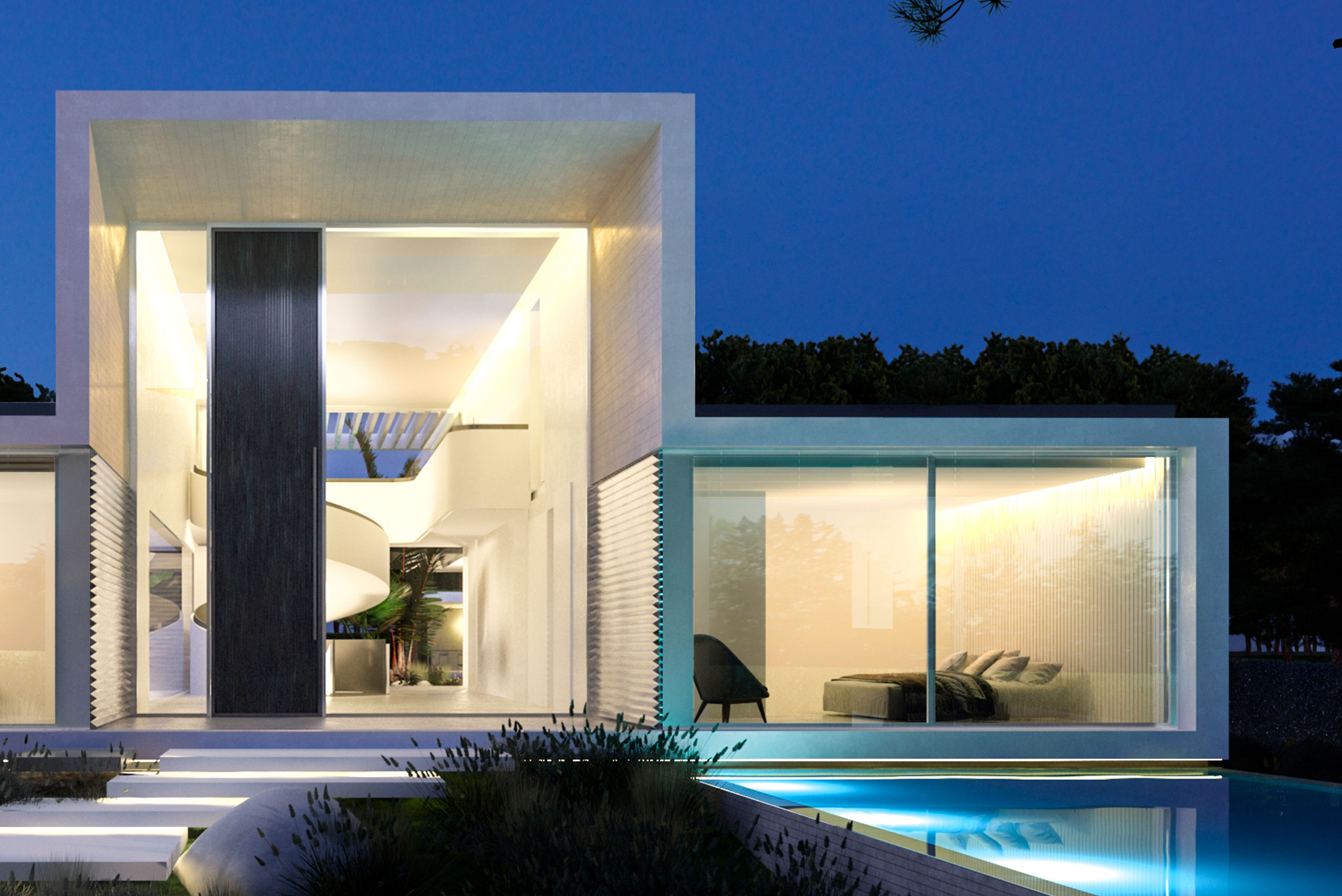