Energy-efficient refurbishment of a multifamily building located in the southern area of Perchel. It forms a large part of the elevation of the neighbourhood towards the Guadalmedina river and the sea. 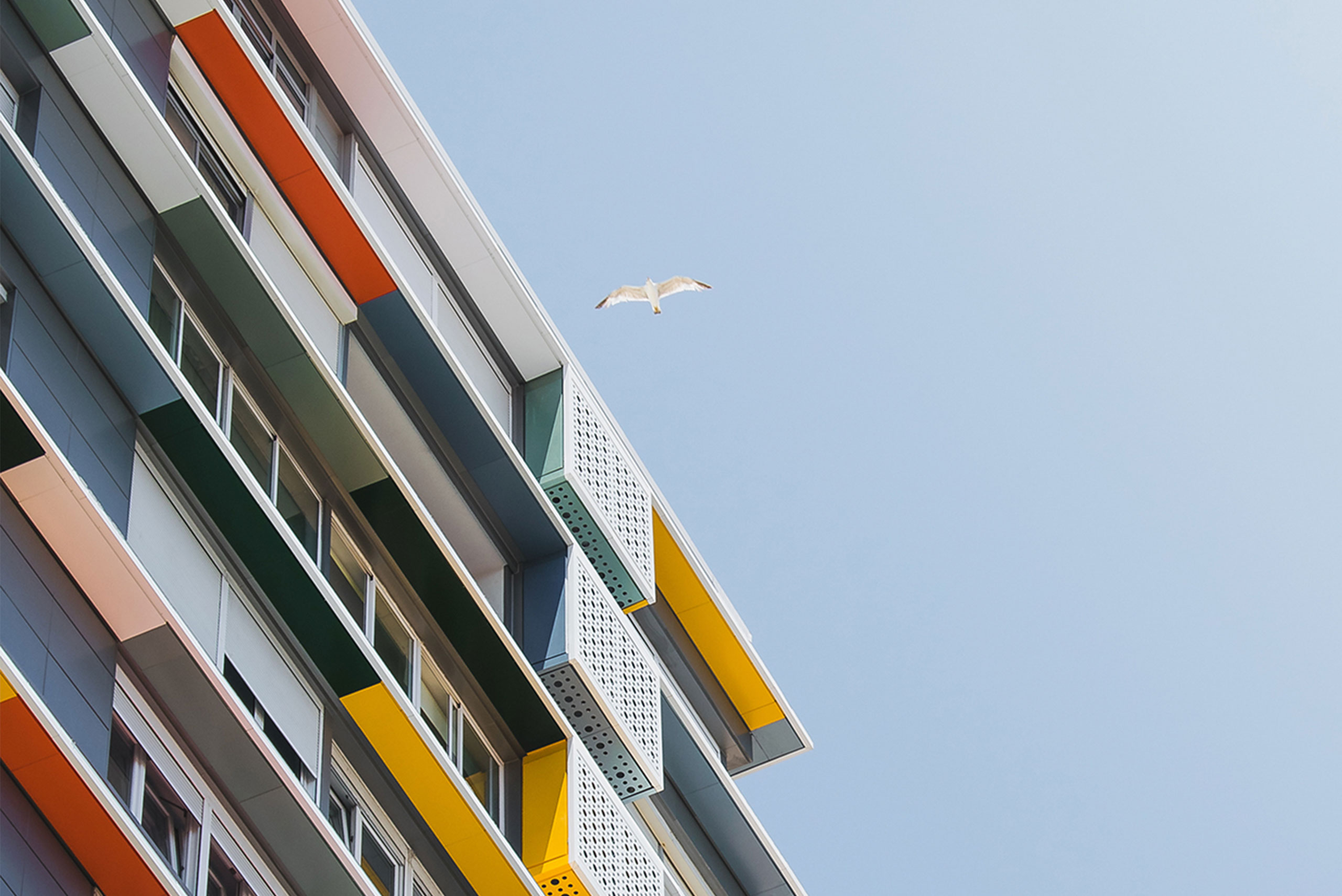 STATE PRIOR TO RENOVATION

This is an important element within central Malaga's skyline due to its great height reaching fifteen floors above ground level. The superiority in height with respect to the adjoining buildings (7 floors on average) gives its 45 metres of height even more prominence. It is therefore a true landmark on Malaga's coastline.

The site where the building is located has a regular square surface, with four façades: two on the public street corner, with an imposing view from the Carmen Bridge, and two others that adjoin two plots with buildings of lesser height. To the north-east it borders Calle Plaza de Toros Vieja, where its main entrance is located.

The building, entirely residential, dates from 1965. From that year to the present, its façade has been polluted and modified in an absolutely anarchic and spontaneous manner, according to the tastes of the 60 families that live in the building. This, together with an absolute lack of maintenance and care, led to the terrible state the building was in, prior to its renovation.

The modifications undergone by the building, which are detailed below, involved mainly the glazing of most of the terraces with carpentry of all types, colours and materials and the installation of outdoor air conditioning units and parabolic TV antennas randomly and directly on the façade.

It should also be noted that the building had very poor energy performance, with a façade with practically no insulation or solar protection on any of its 4 faces.

The action consisted, on the one hand, in aesthetic improvements, but above all, in an energetic refurbishment of the building. For this, the passive systems were improved by placing an exterior insulation system on the existing support, combining a SATE-ETICS system with lime mortar finish and a ventilated façade system finished in aluminium composite panel.  This has led to a significant improvement in the thermal insulation of the building envelope and its efficiency, considerably reducing the consumption of air conditioning and heating units, while at the same time providing a high quality and durable aesthetic finish. In addition to this improvement, eaves have been built on those façades with more exposure to the sun, protecting openings and the façade itself from direct sunlight.

These modifications have resulted in a significant improvement in the building’s energy performance, recovering the investment made in just a few years.

Regarding the aesthetic improvements, the different installations (telecommunication and air conditioning cabling) which were visible prior to the refurbishment, have been integrated into the façade. Furthermore, the different colours of the eaves are intended to break the visual continuity or “drum effect” that the eaves would have on the street level if they were all the same colour. In this way, the block is perceived as white from a distance and acquires colour as the perspective approaches.

This refurbishment has been conceived as a first phase, since the next stage will consist of homogenising all the metallic carpentry of the façade. 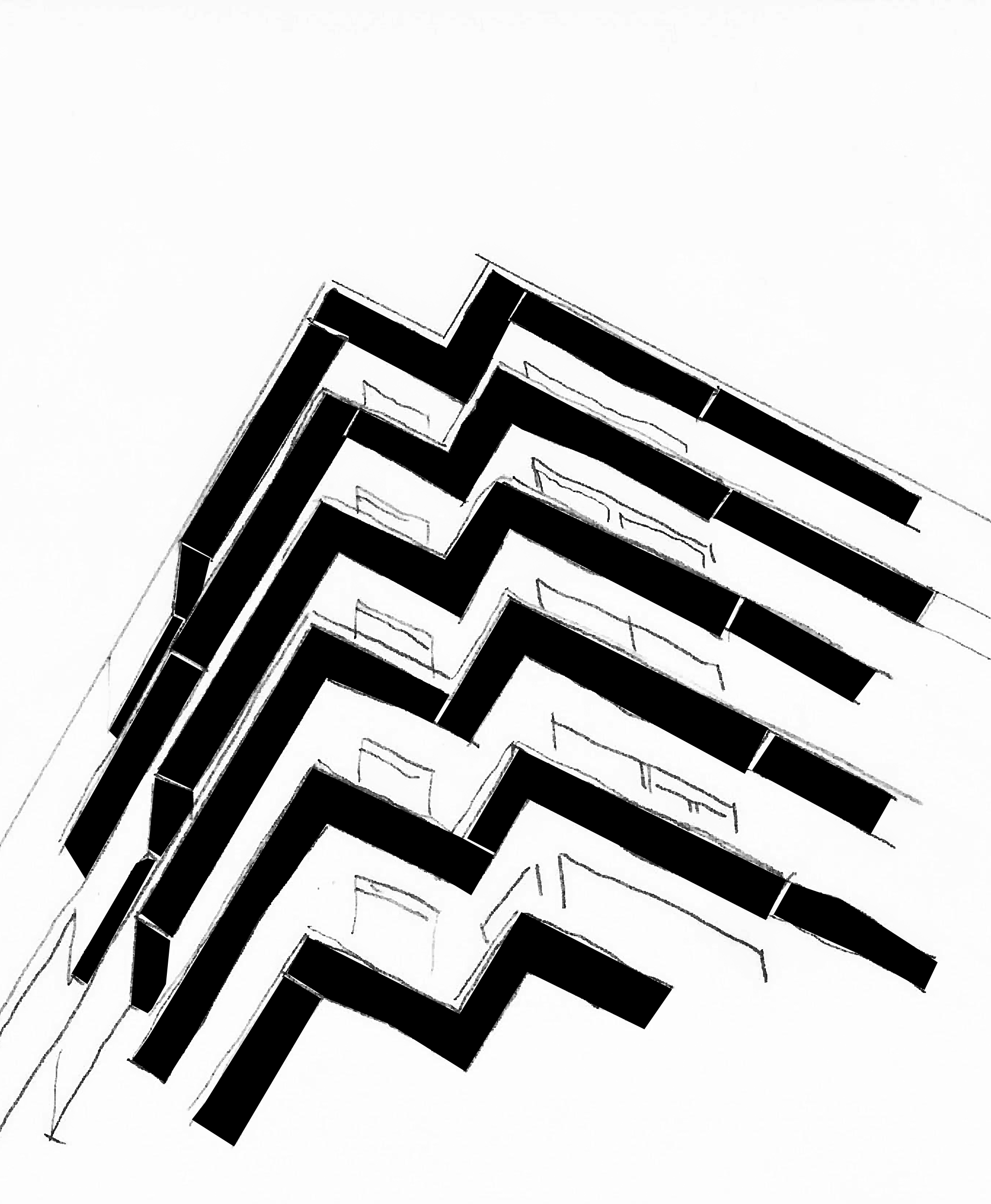 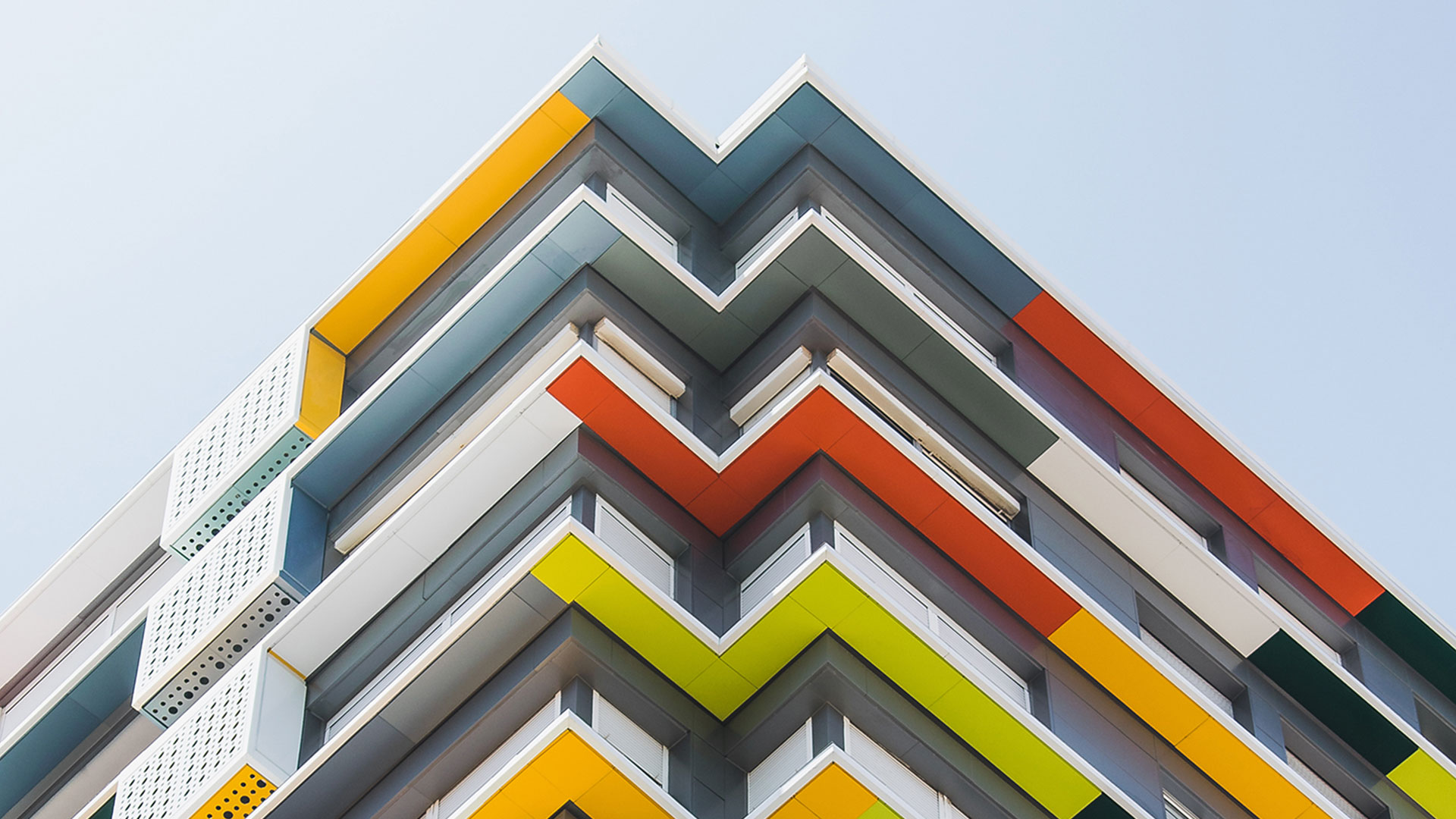 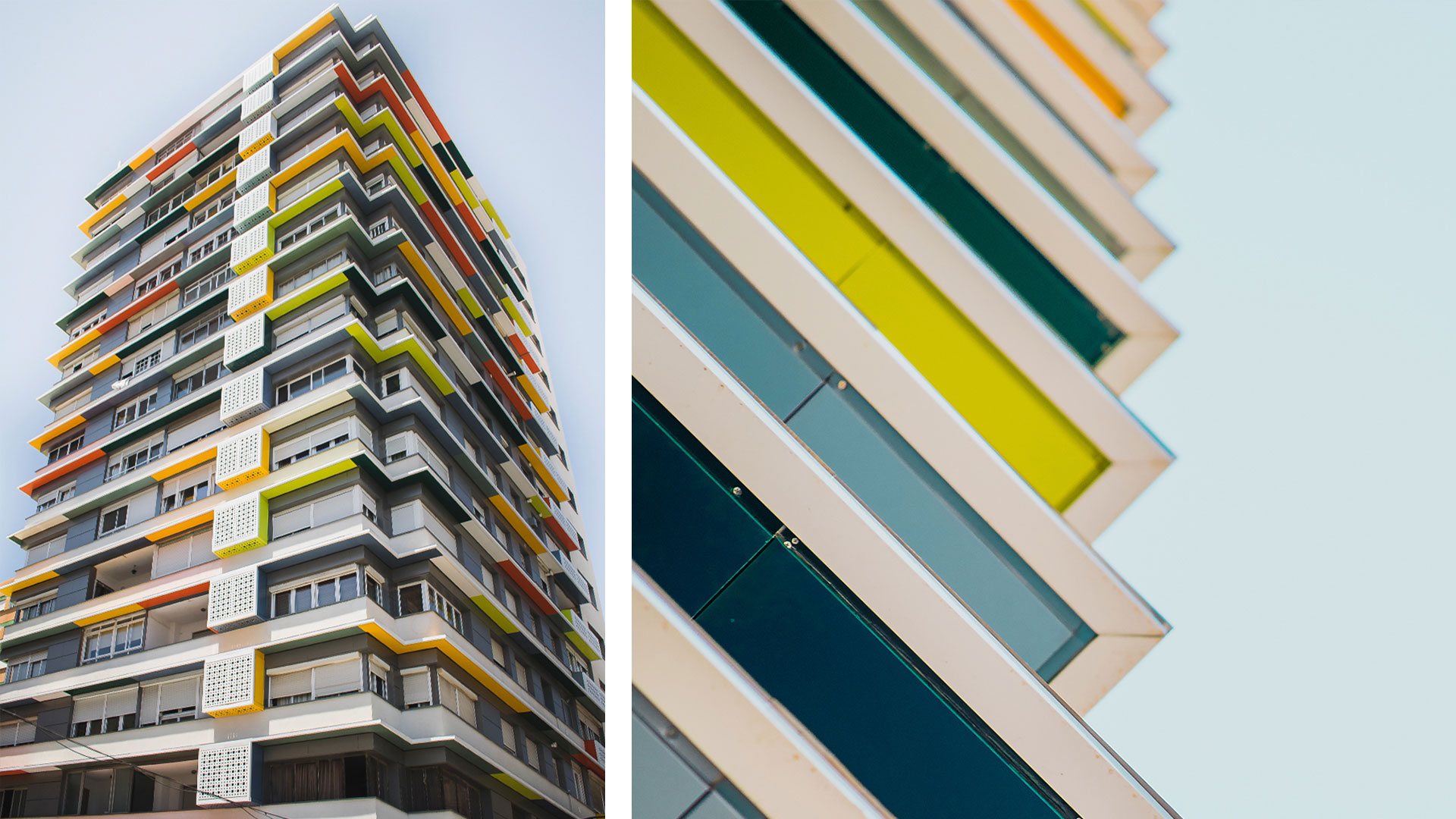 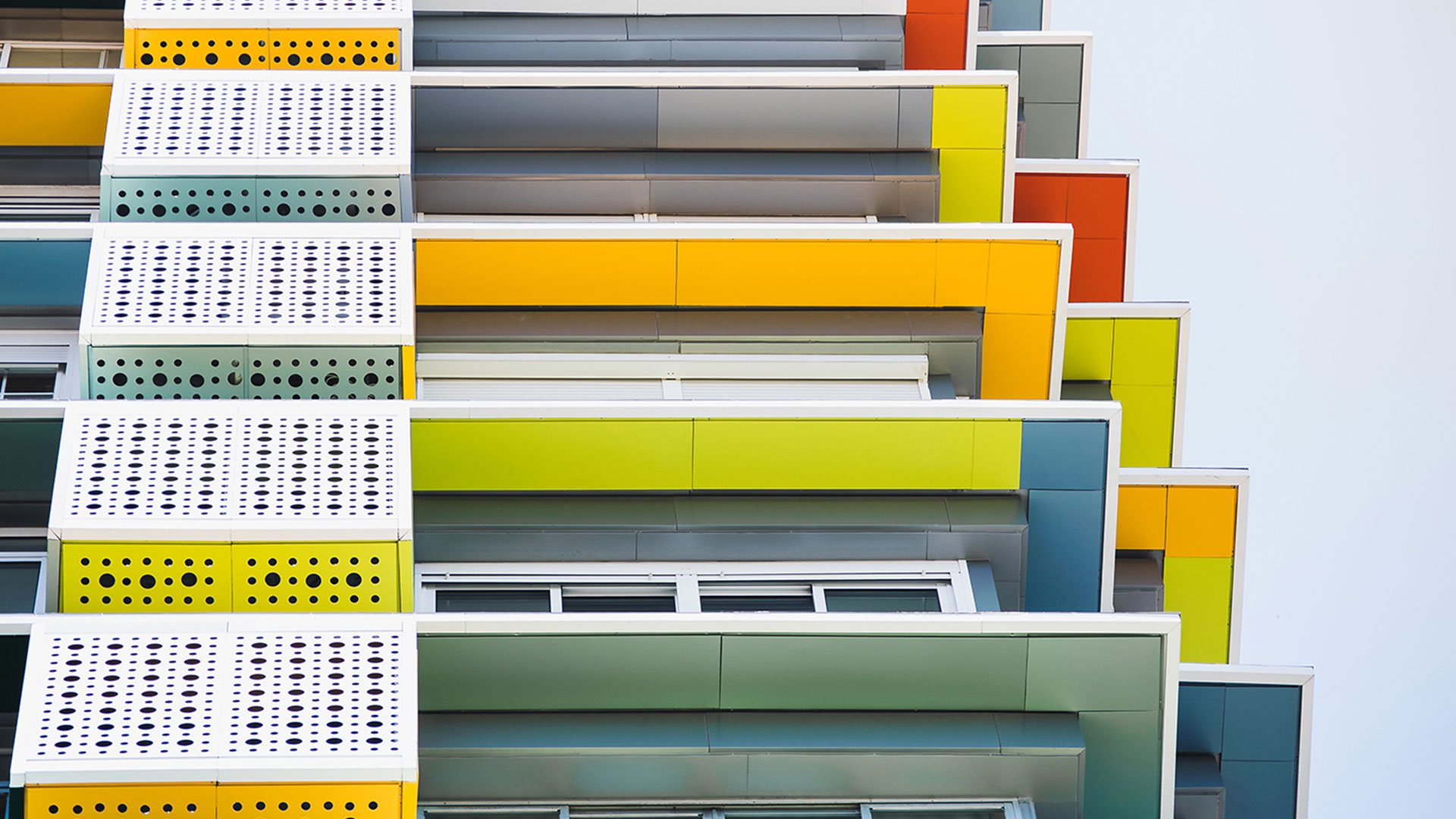 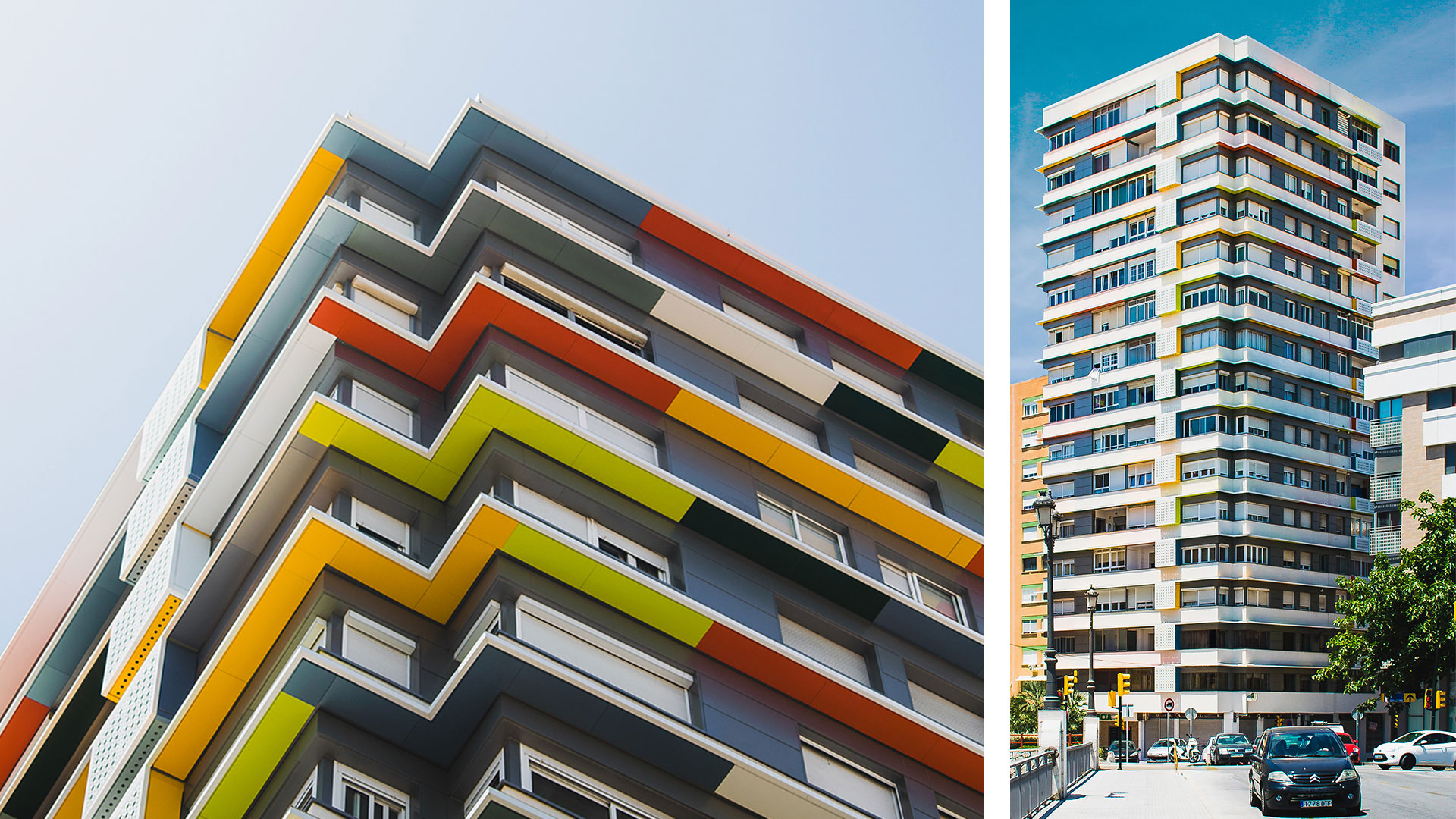 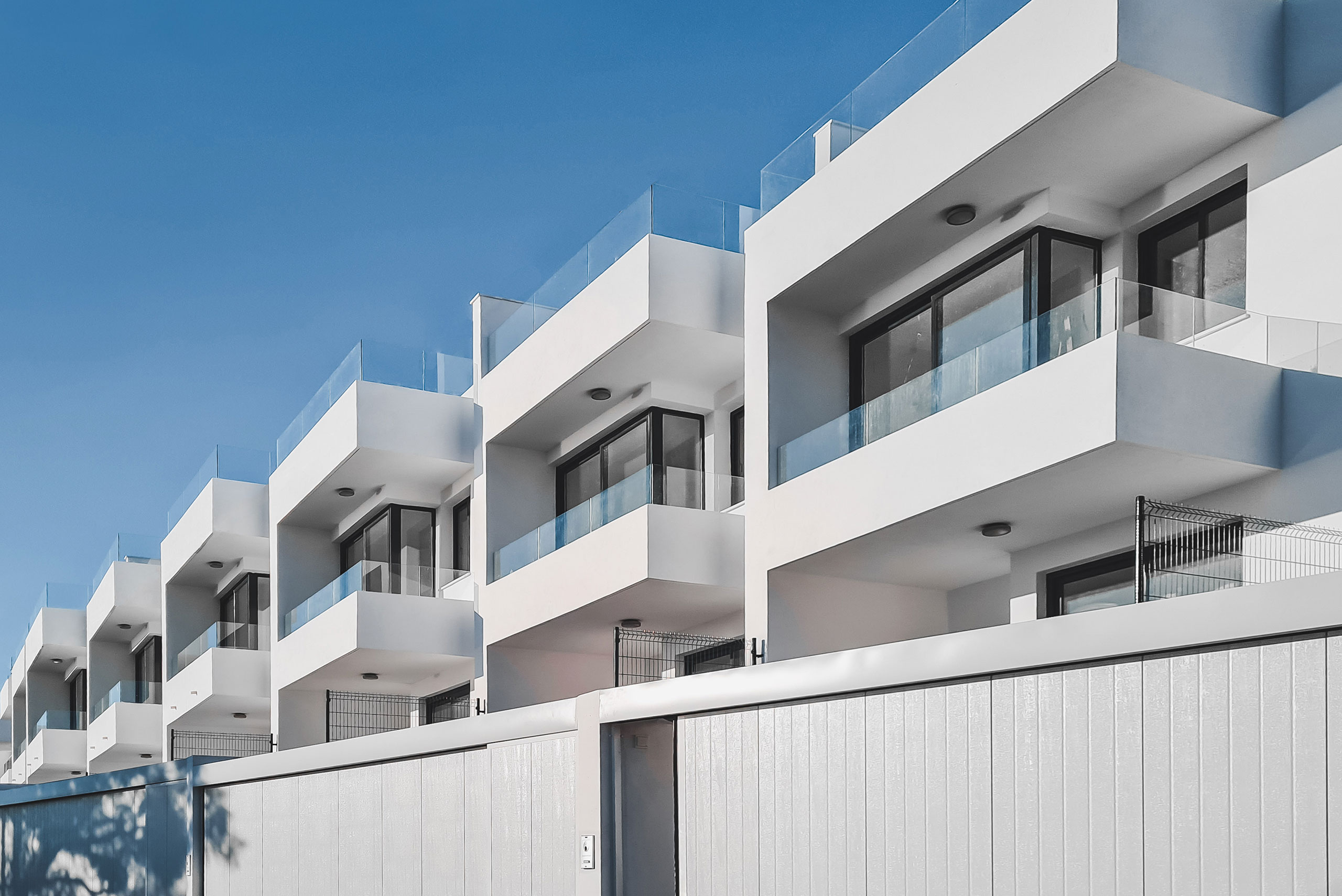